How to Protect your Mobile App?

Mobile Application protection by securing it through different forms of Intellectual property protections available along with the legal protections available is prudent. Also, securing one’s Intellectual property need not be a one-time activity which has been done with respect to protecting a business, but also working towards securing an IP portfolio helps in numerous other ways including the aspect of the portfolio turning to be able to raise funds, bring licensing opportunities etc.

With respect to the options that are available for a Mobile Application to be protected under the Intellectual property laws of the country, all the avenues must be tapped that includes obtaining a Trademark protection, copyright protection and patent protection. That includes the following:

How to Trademark your Mobile App?

When the mobile is placed on play store, it has a unique “Name” by which it is promoted or searched. If someone uses the same name, it will be difficult for a Business owner to even access it’s user, as the user’s may be diverted to an infringer’s page on play store, and download the same. Further, when a user installs the mobile app, a shortcut to the mobile app is also placed on Homepage of the mobile phone, which is represented by a unique logo or device mark. The similarity in such logo or device of the shortcut further enhances confusion in minds of a prospective user, or even an existing user who has changed his mobile phone. This makes it essential for a Business to protect both “Name” of the mobile app through which it shall be searched and “Logo” which shall be used as a shortcut on the mobile’s home page. A very good example of a Business which has adopted Trademarking its Word and device mark, especially the features/designs of the logo represented in its Mobile application by Uber in the US. They have registered for such narrow protections, they maximise the protection for their icons, therefore, in the event of a Trademark infringement, Uber has better chances of proving infringement if and when they would have to pursue an infringer in a court of law. An example of the design aspects that UBER has trademarked is as below in addition to the logo which they have trademarked. 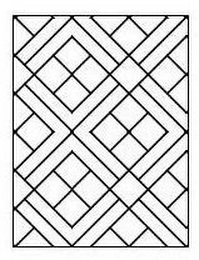 Fig 1. shows US TM filed with no 86893565. Intricate features of the Application has also been filed for Trademark protection by UBER. 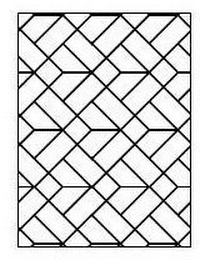 Fig. 2 shows  US TM filed with no 86893567- Another example of Intricate features of the Application which has been filed for Trademark protection by UBER

How to Copyright your Mobile App?

Copyright is provided for any of the authored, literary or artistic work. Hence, the software codes are considered literary work and are a subject matter of copyright protection. However, an infringer in many cases shall not copy your codes exactly, as they have various elements like comments, variables, etc. which can be easily replaced. Further, even a particular effect can be brought about differences in different programming languages, or by using different libraries or different features of programming language. Hence, it is always suggested to look for elements for protection beyond software codes, like screen flows, user interface, etc., which can also be protected under copyright either being authored work or artistic work. Even though the infringer shall not exactly copy the colour themes, screen flows, or user interface, his copying may still be fall within the ambit of an adaptation of your work. You need to be strategic while claiming protection over a mobile application under copyright. Continuing to quote the example of UBER, Uber has not per se used any copyright filings or registrations as an active means to protect their Intellectual property. It is to be noted that though inherent protection under copyright law does exist, a registration provides certain statutory protection over and above the common law protection and also has easier and better chances of proving substantial similarity in a court of law based upon the copyrights filed. The same strategy as that explained in Trademarks mentioned above may be used here as well, wherein copyrighting certain features in addition to the artistic work as such and opting for narrowing protection helps during the enforcement of the copyrights.

How to Patent your Mobile App?

Patents are generally provided for functionality related to the use of the software. Many of the mobile applications are having the features which lead to technical enhancements in a particular field, for example, before Uber came into existence, aggregation of cabs and an on-demand consumption of transportation service was not possible, and through technology disclosed in the US Patent application US 20110301985 A1, they have made a technical advancement and filed for the protection of the same. It can always be questioned if Uber has protected the aggregation and on-demand consumption in transport services, then how come OLA and Didi Chuxing are able to practice the same which is based on a similar business model in India and China respectively? Probably, Uber did not consider Patenting their technology in India and China, which have made things easier for OLA and Didi Chuxing or any other such competitors. Or, probably these players have identified a way to bypass or work around the patent application filed. Patents are delicate subject matter and delicately crafted to not just be having patentable subject matter to bypass Sections 3(k), 3(m) or 3(n) of Indian Patent Act, but also to leave fewer grounds for a workaround for future or existing competitors. It also needs to be considered since Uber’s patents are predominantly based on their business methods, and patent business methods in India is not allowable subject matter, they may not have filed for the patents in India. However, keeping in mind that when Uber started there were no competitors, probably it would not have taken a huge toll on the monopoly of Uber in Asian markets if patents were filed. Therefore, it becomes equally important for a business to involve its patent attorney to be involved in the business journey, so that such opportunities are not missed, which may cost severely for your business. Patents form the most important aspect of an Intellectual property portfolio, which directly translates into an asset providing a lot of negotiating power in different business scenarios. Thus forming a patent portfolio is of utmost importance for businesses who are at a stage to file multiple patents and handle the prosecution costs.

How to prepare Agreements & Contracts for Mobile App protection?

Last but not the least, the agreement and contracts which are being entered to, whenever the Business is moving into any engagement, like consumer engagement, software development, financial engagements, employee engagement, the agreements like Non-Disclosure Agreements (NDAs), Non-compete Agreements, Non-circumvention, Non-solicitation, Intellectual Property Licensing or Assignment, etc., becomes crucial in preventing any possible way to Copying or Theft or Infringement of the Mobile Application.

It is always suggested to be judicious about using the above-said tools for optimal protection of the Mobile Application, so as to avoid falling prey to current or future competition.