Trademark Attorneys at Singhwal have hands on experience in Trademark Opposition Filing. We also specialize in filing responses namely counter-statement against opposition proceedings instituted with respect to a trademark during the prosecution of the same. Imitation may be the sincerest form of flattery. However, the same may be harmful to the brand owner or an Trademark owner as the same dilutes the rights in one’s marks. Popularity most definitely brings up copy-cats, who not only start eating up your revenue, but also substantially tarnish your reputation. To counter such copy-cats, trademark laws extends an enforcement mechanism of Trademark Opposition before the registration stage during prosecution allowing any interested party to file for an opposition with the Trademarks Registry. We at Singhwal specialize in enforcement of our client’s Trademark rights by filing Trademark Opposition against an application, as well as protect them from any filings which are based on a malafide intention by filing the counter statement to Opposition proceeding against our client.

We cater to both the services of Filing the Opposition against a Pending Application as well as Filing a Response to an Opposition Proceeding which involves the counter statement. We have proficient and highly skilled attorneys who take care of opposition proceedings and have a vast experience in hearing proceedings before the Controller. We conduct Trademark Watch by searching registers across jurisdiction to find out whether any application is filed which amounts to damage our client.

When can an Opposition be instituted against a Trademark Application?

A trademark Opposition proceeding is to be instituted within 4 months of the publication of a mark in the Trademark journal. The best way for Applicants who would like to enforce their marks and brands is to have your Trademark Attorneys watch for any identical or similar marks to your mark. In certain instances, someone associated with the Applicant may also file for a identical or similar mark in the same class as that of the original application, which can also be brought to the attention of the Trademark Attorney, who will then help institute an opposition proceedings. The key aspect here is the limited time period to file the oppositions. Trademark Oppositions are filed in the form of TM – O along with the fee.

An opponent can trigger opposition proceedings on the following grounds:

Pre-Filing an Opposition before filing an opposition

We at Singhwal, generally do extensive research for collecting evidences and framing arguments for substantiating our opposition. We work hand in hand with the opponent to obtain the evidences and substantiate our grounds of opposition with enough evidences and case laws laid down by the Court of Law. We try to bring out the legal principles based on which the opposition grounds rely.

Filing a Notice of Opposition

The Notice should clearly state the grounds on which the opposition application is filed, along with name of the opposing party, rights or interest of the opposing party in the trademark in question and damages to the opposing party if the mark is allowed. Once the notice of opposition is filed then the applicant has to answer or file a response to the notice of opposition or give his defenses within a stipulated time as prescribed by Indian Trademark act in the form a counter statement which is to be filed within a period of 2 months from receiving the notice of Opposition.If a counter statement is not filed within the prescribed time limits, the application will be considered as abandoned by the Applicant. However, if the Applicant, chooses to respond, the opposition proceedings go further, which includes sending the counter statement as notice to the Opponent. The format for the Opposition, through accompanied by a Form that is mandated by the Trademark office, is similar to that of a Plaint that is filed before the Courts in India in that of a Trademark infringement suit. Except for the aspects of the sections including the cause of action, court fees and prayer, the basic format is highly comparable. The same is applicable to the response for an opposition as well, wherein the response is in the form comparable to that of a Written statement.

Filing a Response to Notice of Opposition

We at Singhwal are also experienced in filing response to opposition proceeding. Our trademark attorneys prepare a response based on legal arguments, evidences of authorized use or applicant of trademark application. A lot of research is put into substantiating our arguments and an immense effort is made to collect evidences to support the response.

The response is supported with case laws and legal arguments based on legal aspects of law. In Singhwal, our Trademark Attorneys are all highly proficient in making arguments, understanding the fact as well as the law, appreciating the evidences and properly putting it across to the registry.

At the next stage, evidences are also filed. Opportunity to file the evidences are provided for both the Opponent as well as the Applicant. The evidences also have to be filed within the prescribed time limits failing which abandonment may be triggered at this stage as well. The time limits in these cases have become non-extendible post the Trademarks Rules, 2017. Thus allowing the process to be conducted in an expedited manner. The Registrar then allows for a hearing as well, where both the Applicant as well as the Opponent is heard and finally the Registrar makes the decision as to whether the mark should be allowed or not. Any party may request that the hearing may be adjourned, however any such request must be made at least 3 days before the date of the hearing and with reasonable cause. In the event, at the stage of the hearing, if onw of the party does not appear, the consequence of the same would mean the dismissal of the opposition and allowing the mark or rejecting the application on the basis of the Opposition depending on which party has not appeared for the hearing. Once the opposition process ends and the opposition is rejected, the Application moves forward toward registration.

OPPOSITION IN THE UNITED STATES

The trademark opposition process in the United states though fundamentally same as to that of India. However, there are procedural differences in the same. For instance, the period for which the mark is open for opposition from the date of publication is one month from the date of publication. The publication of marks is done electronically by the Gazette weekly and is available on the USPTO website. In this one-month period, an interested party is to provide a notice for any such opposition or request an extension for such period for opposition by 90 days. This gives the Opponent or the Opposer a total of 120 days from the date of the publication for instituting the opposition proceedings. The opposition takes place in front of the TTAB, which is the Trademark Trial and Appeal Board. An important difference to be pointed out is the fact that the in the United States a single notice of Opposition may be filed against multiple marks. Provided that these marks belong to the same Applicant. In certain instances, a joint opposition is also allowed.

OPPOSITION IN THE EU 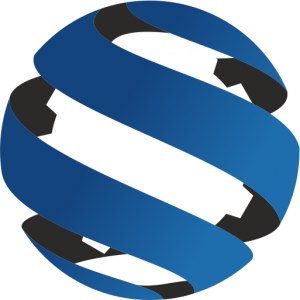